Object description:
Well-groomed two-storey house is located near Augsburg, Bavaria.
In the immediate vicinity of the house are public transport stops, branches of major German retail chains, banks and other necessary infrastructure for life.
The object is located on its own land plot of about 250 sq.m., which is also for sale and is already included in the price.

On the land adjacent to the house there is enough space for recreation, barbecue, gardening and creating an individual landscape.
There is enough parking space near the house.
The property is in good condition, which allows for the immediate settlement of new owners.

The new owner can dispose of the property at his own discretion - to live in it, manage the property, rent it out or find a responsible manager.
Based on the average rental cost in the region, with proper management and rental, this property can bring about 15,000 euros of annual income.

According to the forecasts of our company's experts, during the court bidding the price may be further reduced by 10-15%, which further increases the investment attractiveness of this property.
Our company is ready to provide all the necessary services for negotiations with the court and with the seller-owner, competent legal registration and after-sales management of the object.

Location description:
Augsburg is a city with a history of two thousand years, located in the foothills of the Alps, in the southwestern part of Bavaria - near the confluence of Lech and Wertach. 264.7 thousand live here. man, and by this measure Augsburg is considered the third city of Bavaria. Augsburg also has the status of the capital of Swabia - a historic region occupying southwestern Germany and located in the upper Rhine and Danube.

The city grew on the site of a Roman military camp that appeared in these lands in 15 BC, and owes its name to the Roman emperor Augustus. In the Middle Ages, Augsburg was at the crossroads of important trade routes, so for several centuries it played an important role not only in the country but also in the fate of Europe. The commercial glory of these places was great, and the city was surrounded by stone walls, which have survived to this day.

Modern Augsburg is also known for its university - one of the youngest universities in Germany, which was established in 1970. Its campus is located almost in the city center, and about 15 thousand people study here. students.

Augsburg was the birthplace of Leopold Mozart, the father of Wolfgang Amadeus Mozart. And not only that - according to the preserved documents, the Mozart family settled in Augsburg since the XIV century. In the city itself and its immediate suburbs at different times lived about 600 members of this famous family.
Augsburg is considered one of the most beautiful cities in Germany. He was lucky. Despite the fact that the city was severely damaged during World War II, many historical and architectural monuments have survived, and many of them were restored by professional restorers in the postwar period. Walking around the city, you can see luxurious fountains, old streets with beautiful buildings in the Baroque, Rococo and Art Nouveau, majestic churches and the Great Town Hall. Houses in Bulgaria. House for sale in Bliznatsi. Cottage in Germany. Cottage for self-decoration. 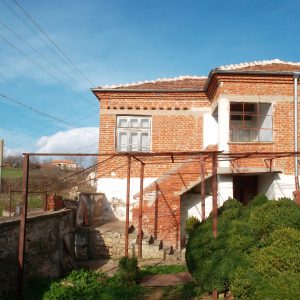 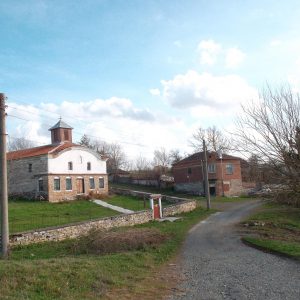 Houses in Bulgaria. The house is located 45 km from Bourgas and 15 km from Sredets. 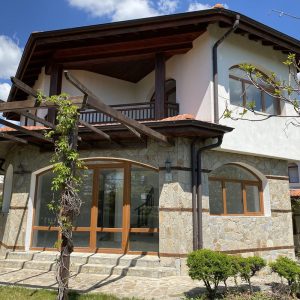 Houses in Bulgaria. Two-storey house for sale, 3 km from the sea. House in Germany. The offered two-apartment house is located in the small Saxon town of Plauen, Saxony. Houses in Bulgaria, near the sea.

Houses in Bulgaria. The house is located 35 km from Bourgas and 17 km from Sunny Beach.